Nothing can stop the second cohort of graduating students from the Glasgow School Art Singapore, and their director Professor Tom Inns can attest to that.

The Glasgow School of Art Singapore was initially conceived in 2012 as a partnership between the Singapore Institute of Technology (SIT) and Temasek Polytechnic (TP), delivering years 3 and 4 of its Bachelor of Art (Hons) Programmes in Communication Design and Interior Design to polytechnic graduates from around Singapore.

With a specialised learning environment and a well-tailored, studio-based teaching approach, the students at this year’s graduation show, held at the National Design Centre from 20 to 26 June 2015, certainly showed the local creative industry, of whom were present on the industry night on 25 June 2015, their true design expertise and abilities.

Their projects spanned from the likes of films, installation works, photo stories, as well as thought-provoking art, urging viewers to ponder on preconceived notions and to readjust their perspectives on issues that might impact them both socially and politically.

Such progressive methodology and thinking in a creative realm can simply be attributed to the students’ awareness of industry changes, which leads to a convergence of fine art and design, says Professor Tom Inns.

We speak to him to find out more:

JY: You were previously the dean of Duncan of Jordanstone College of Art and Design, as well as the Director of Research in the College of Art, Science and Engineering at the University of Dundee, how has the undertaking of the role as Director of Glasgow School of Art for the past two years changed your perspective of art and design, especially in the region of Singapore and Asia?

TI: I would say that it has been interesting so far because the context of Singapore’s culture is very different to those in Glasgow. That means that the same approaches in design may apply but because of these differences, they would manifest in each student in its own special way, leading to an encapsulation of stylised results.

And because Glasgow School of Art, as a whole, is a much smaller specialist institution compared to the previous schools that I’ve been at, which focuses on science, art, architecture and digital visualization, the key attribute that unifies all of us at Glasgow School of Art both in Glasgow, Scotland as well as in Singapore is a belief that great designers can be produced from a studio culture, consisting of a studio environment and studio-based teaching during their two-year programme.

JY: From your experiences, do you think there is a distinct difference in terms of how students in Asia, particularly Singapore, approach their art, as compared to their counterparts in the West?

TI: Definitely. I wouldn’t deny that there are indeed approaches in both countries that are similar due to the very reason that we are all human beings and being human is something universal, especially in terms of relationships between one another, how the human’s creativity is sparked, as well as the things that we like and dislike. As mentioned before, the different cultures that the students live in would undoubtedly influences the way they think creatively to a certain extent, as well as the principles that they believe in.

‘White Truth’ is a project by Jasmine Ang that revolves around the origins of truth, character and the irony that lies beneath archetypical figure of international prominence. Her controversial series of paintings on wood weaves these components into thought-provocative narratives that challenge canonical actuality.

JY: Many creative institutions in Singapore are also partnering overseas institutions for their degree programmes. In your opinion, what does this shift in trends indicates?

TI: First and foremost, I think it’s a great opportunity for Singapore to be placed with other regions, especially in terms of education. Singapore is a hub whose global economy is developing in a rapid manner. And because the country has such strong ties with many countries, programmes established in relationship with overseas institutions would nonetheless help to reinforce Singpaore’s aim of becoming a global creative hub.

‘Dreams : A Distortion of Memory’ by Zoey Wong uses embroidered silkscreen frames as a representation of the layers within a dreamscape, inviting audiences to view the artwork from the various angles for the different perspectives in which dreams are being concocted whilst tapping on the human’s unconscious mind.

JY: Likewise, because of this trend, there are now many graduates of such degrees in the creative industry, which is relatively small. How do the students from Glasgow School of Art set themselves apart from the rest?

TI: What differentiates the students of Glasgow School of Art Singapore from the others would be the way we teach them. The students are taught to be more experimental and more expressive as compared to those from some other programmes, which are more focused on honing and finalising the finished product. We are much more interested in the process of thinking and that would come in really handy when they are faced with new design challenges. 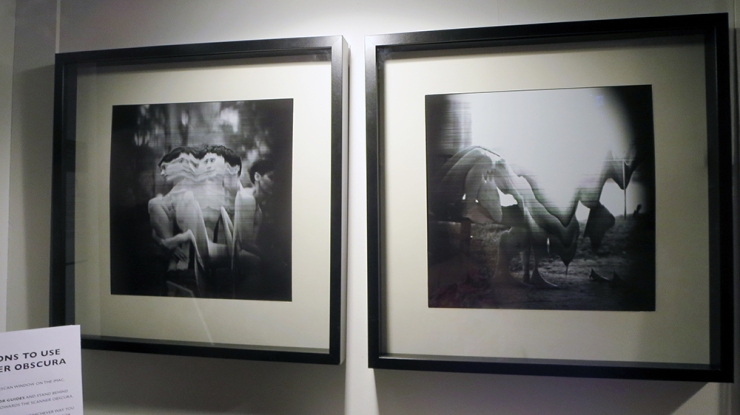 Using a self-constructed Obscura camera, Evelyn Yong’s project ‘Fifty-Five Seconds’ transcends the very act of scanning images into an unfamiliar context, by capturing the slow organic body movement of the Butoh dancer; the space of the dancer and her interactive space. By using the pinhole and time-lapse nature of her device, the resulting series of photographs is nonetheless a surrealistic and poetic exposition whilst exploring the spatial perception of reality. 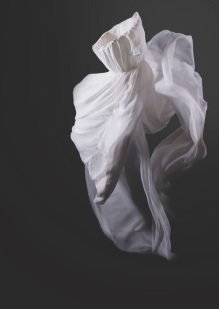 Farhan Semin’s final year project entitled ‘Undercurrent’ interprets the human memory through visuals that served as impetus for the audience to further reflect their mind on life’s biggest and most profound question: “Would we still be who we are if our memories are gone?”

JY: We are also beginning to see more and more students undertaking projects with social causes and heavy intellectual thinking. What do you think is the reason behind these moves within the design and creative realm?

TI: The answer is very simple. Design, as a subject area, grew out of the industry of commerce, and is now finding different new areas to explore instead, having being equipped with the skills set of a designer and the perspectives of a thinker.

What we see here today at the graduation show is a compilation of well-researched projects based on the students’ perspectives on the issues of the environment, issues of natural habits as well as issues of religions, to name a few. All of these are complex social issues and the designers have made brilliant discoveries by visualising the problem, finding solutions, and eventually coming up with creative ways of tackling the challenges whist exploring new spaces. 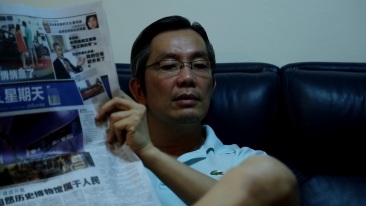 ‘The Seamstress’ by Ong Minghan is a short film that takes on a satirical and social commentary approach. It chronicles around four characters whose lives are intertwined by the circumstances they face as the lower middle class in Singapore, and how they affect the decisions they make and eventually, their attempt to break away from suppressions and confined zones.

JY: I understand that Glasgow School of Art Singapore is in the midst of expanding its horizons, counting the partnership with Temasek Polytechnic and Singapore Institute of Technology as the chief cornerstone. Would there be more courses in future? What can we expect to see from GSA in the years to come?

TI: We hope to bring our studio-based approach to new audiences comprising of global audiences. We are also very interested in building high quality relations with different partners from around the world such as the conducting of research works in Japan, exhibiting in China, developing projects in America, as well as design opportunities here in Singapore.

About Glasgow School of Art Singapore (Singapore Institute of Technology)

The Glasgow School of Art was founded in 1845 as one of the first Government Schools of Design, as a centre of creativity promoting good design for the manufacturing industries of Glasgow.  However, the School’s lineage can be traced to 1753, when Robert Foulis established a school of art and design in Glasgow, described as “the single most influential factor in the development of eighteenth-century Scottish Art”.  Today, The Glasgow School of Art (GSA) is internationally recognised as one of Europe’s leading university-level institutions for the visual creative disciplines.

By partnering with the Singapore Institute of Technology, the first overseas campus of The Glasgow School of Art was established in 2012 on the premises of Temasek Polytechnic to support Singapore’s ambition towards being the hub for creativity and excellence in Asia by offering their Bachelor of Arts with Honour degrees in Communication Design and Interior Design.

The school strives to create an environment for inter-disciplinarity, peer learning, critical enquiry, experimentation and prototyping through a studio-based approach, helping to addressing many of the grand challenges confronting society and contemporary business.