Delve into the beauteous world of fashion illustrator, François Fortier

Many of you might not know, but one thing that interests me more than ever is FASHION ILLUSTRATION.

Having actually been through a fashion design education myself, I know the importance of fashion illustration and how it actually translates the garment on the imaginary woman/man (the wearer) is highly fundamental.

That’s why, my curiosity and interest was immediately piqued when I was introduced to the works of François Fortier. 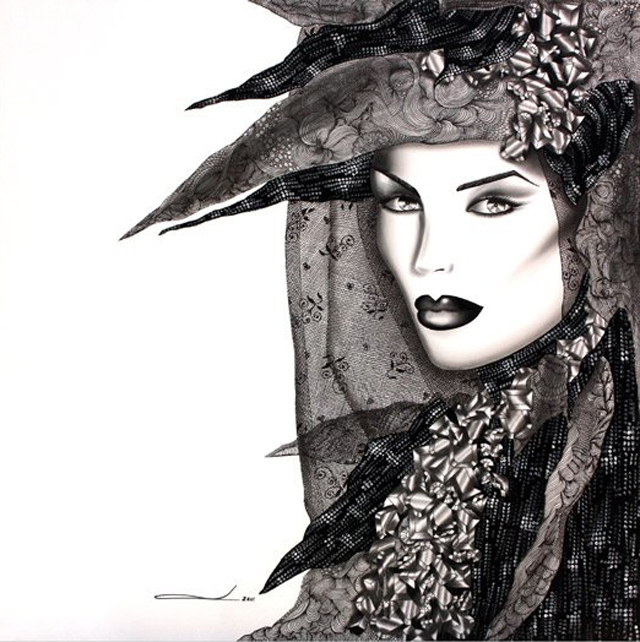 Based in Montreal, Canada, François took a brave leap into the world of fashion back in 1981, and has never look back since. He has pursued a journey of fashion design and exploration by incorporating his experience of graphic design into his works.

His illustrations, which are drawn mostly using oil and ink, are likened to a free-reined canvas of his artistic inspirations, and has earned him numerous awards to-date, including Favorite Public Award at Montreal International Art Festival, as well as the Gold medal for Felixa art work at Cercle des artistes peintres du Québec, both in 2010.

You have no idea how much we love his Parisan-chic style as well as intricate linework, so we invited the artist, François Fortier himself for a little chat:

François: When I arrived in Montreal in 1980 I was approached by designers to illustrate their clothing for their advertisements. I was also approached by fashion magazine Prestige Beauty who asked me to create illustrations. That magazine does not exist anymore but it was then that I became interested in drawing fabrics, trimmings and jewelry.

What made you switch from fashion design to doing fashion illustrations? 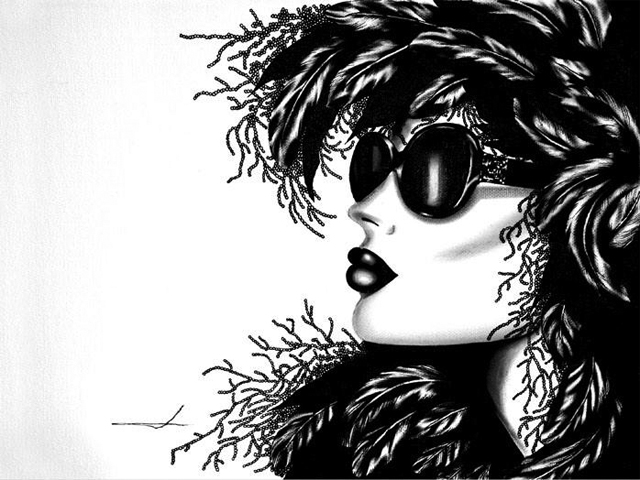 Bold, sophisticated women in couture high fashion are very prominent styles in your works, are there any artists who has influenced you?

François: I was inspired by Antonio Lopez who was a great fashion illustrator. He died in 1987. I was also inspired by international stars in musical and fashion scenes like Grace Jones and Jerry Hall.

Have you considered using other mediums apart from oil and ink, which are used in all your illustrations?

François: I use oil and ink for the past 3 years but for years before I used pencils for my illustrations. I do painting since the age of 9. 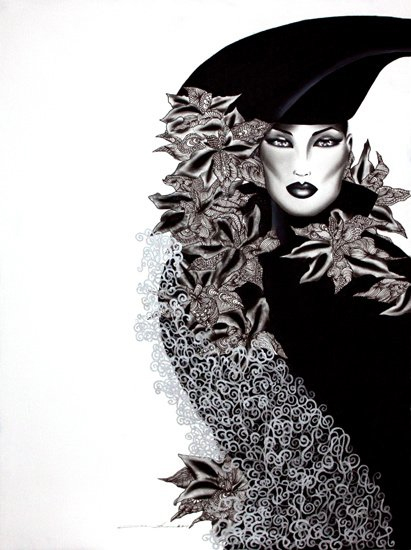 What can we expect from your upcoming exhibition at Les demons de Notre-Dame art gallery this October?

François: In Quebec there are many art festivals and I will participate in 8 of them throughout the year. I am guest of honor in the town where I was born for their art festival at the end of May. 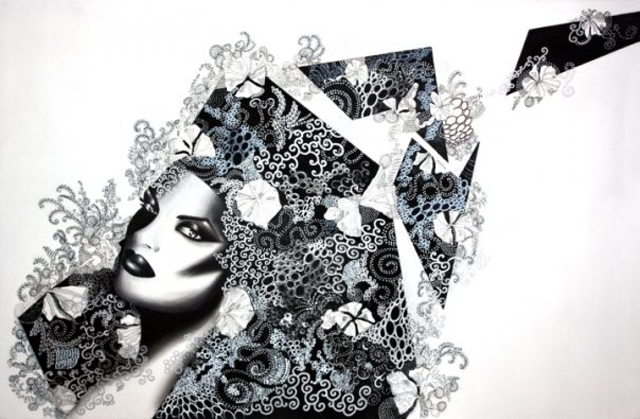 What would you like to see in the fashion world 5 years from now?

François: I would like to see new designers with similar talent as the late Alexander McQueen.

Be sure to keep your eyes peeled for his exhibition at Les démons de Notre-Dame art gallery in Montreal, Canada, from this coming 17 – 24 October 2012!

To view more of his works, visit www.francoisfortier.ca