The department store has been the subject in the recent context of fashion business, threading in precarious grounds in the 21st century. It’s relevance has been questioned. It’s ability to survive, as well, has been tested and challenged in all ways possible, especially with the emergence of the numerous online retail platforms.

It is with this case study, more specifically the department stores in Southeast Asia in mind, alongside thorough research and analysis, that the different design disciplines of LASALLE’s Faculty of Design have come together to create Workshop by McNally & Co.; a one-month pop-up department store that opens on 9 January 2015.

During this duration, the entire building of LASALLE College of the Arts would be transformed into one huge retail space; the future department store, paying homage to craftsmanship in a balanced mix of playfulness, form and functionality by providing a retail platform for home-grown talent; established and emerging Singapore designers and artists alike to showcase and experiment with. Through the means of live ateliers, leather bag and accessories brand Ling Wu, hatmaker Heads of State Millinery, as well as Craft Varies, who is known for handwritten calligraphy on customised and corporate stationeries, would be doing live demonstrations on their crafts. Tailoring maestro Master Thomas Wong, who is dubbed as a ‘Shi Fu’ for his Savile Row tailoring for men’s suits, would be transforming his space into a ‘live’ tailor shop.

There would also be a one-day-only ‘live’ book signing session by renowned fashion show director Daniel Boey on his newly-released self-titled autobiography, ‘The Book Of Daniel Boey’.

Other invited labels include Carrie K., who is known for her range of playful and provocative artisan-crafted jewellery, Gnome and Bow as well as wonderful reads from Books Actually. 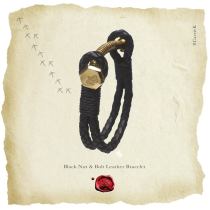 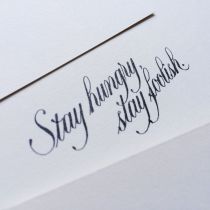 Alongside, a curated group of budding student designers from LASALLE’s own Faculty of Design would also be exhibiting their range of limited edition products, ranging from collectible patterned tote bags to transformable furnitures to beautifully-printed postcards as well as lifestyle products and stationeries.

Indeed a highly inclusive experience for all, food lovers would also be thrilled to know that a food hall by the Breadtalk group would be housed in the basement of the building! Specially designed to pay homage to Singapore’s rapidly growing café culture, it would be echoing a varied culinary landscape through it’s range of delectable delights.

And once your taste buds are sated, there is also a “Rain Forest” to check out, offering visitors not only with vibrant imageries but photo opportunities at the same time.

Certainly an unconventional retail experience to look forward to!

Here are some of the main highlights at Workshop by McNally & co. : 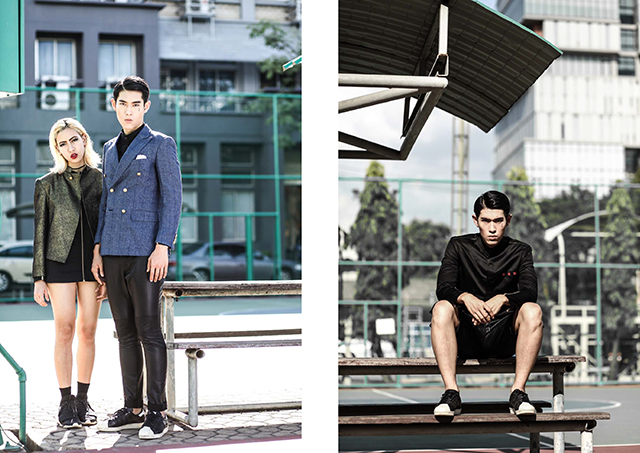 Despite being a newly launched label known for a sophisticated take on streetwear, AMOS ANANDA has far exceed industry expectations by churning out new designs in a consistent fashion and constantly having fashion shows and launches at established venues.

Some of the brand’s recent endeavours include launches for the brand’s second collection at The Agenda store and Digital Fashion Week 2014. Not only that, the brand has also showcased its full range from ‘SuperNormal’, the brand’s first collection at FUZE, The Men’s Show by Raffles Singapore in September 2014, alongside three other Singapore fashion designers.

As for Workshop by McNally & co., AMOS ANANDA would be retailing selected pieces from his brand new collection entitled ‘Drunk, Punch, Love’. Inspired by boxing and the fighter’s mentality of never bowing to defeat, his collection focuses on the passion, dreams and life of the boxer; how he doesn’t give up despite suffering pain after having being punched in the head repeatedly whilst in the ring, adapting to the spirit of picking oneself up and fighting on. This analogy is then applied to everyday life and the obstacles that one might face, and is translated to unisex hooded jackets, sweatshirts, as well as tees with inspiring slogans emblazoned on them; ranging from quotes such as “Be Who You Want to Be”, “Warrior”, and “Drunk, Punch, Love”. 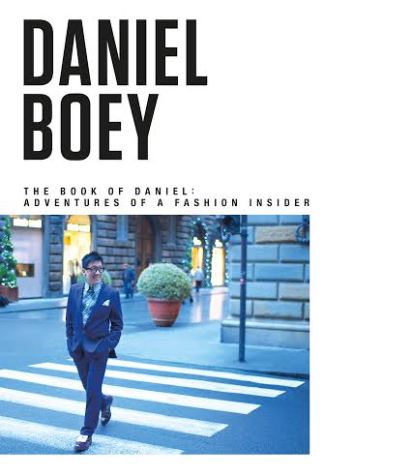 The Book of Daniel Boey (book)

Dubbed the Godfather of Singapore Fashion, fashion show director Daniel Boey is synonymous for the creation of spectacular fashion shows and productions that are sprinkled with theatrical elements and a grandeur that is unlike any other.

On the cusp of his 50th birthday, and several months shy of his 25th anniversary in fashion, his newly-released autobiographical book entitled ‘The Book of Daniel Boey: Adventures of a Fashion Insider” celebrates his career by taking readers on a dizzy roller-coaster ride through his tumultous time in a tough, unforgiving, unpredictable, cut-throat, often superficial fashion industry.

The book trails his journey from a shy, clueless kid who has just picked up his first fashion magazine to his early dalliances with fashionistas, as well as his venture to the West and his rise into the realms as a feared industry personality and being an eventual mentor to many of Singapore’s top fashion labels and models.

The book also contains forewords by Singapore’s top couturier, one of the nation’s most beloved actors, two of Singapore’s most popular radio personalities and a bevy of supermodels.

Be sure to grab a copy of his inspirational book on the opening day and get your book autographed by Daniel Boey himself!

Kuin Studio may be a new kid on the block but it certainly has accumulated a league of fans and followers to-date who adore the concrete planters from the brand.

To celebrate the ‘concrete jungle’ theme of Workshop by McNally & co., Kuin Studio would be releasing its brand new range of handmade geometric cement pots and vases in irregular shapes and varied colours on the opening day, following the success of its classic range of potted cactuses and succulents in both white and grey.

Characterised by a beauty in rawness and unique, one-of-a-kind texture and finishing that is achievable via intense handmade production, the new collection is fully customisable and is well-suited for both home and office decór.

The brand is also currently stocked in G.O.D Goods of Desire Singapore.

To make an enquiry on customised pots and planters (includes engraving of initials, choice in colour treatments, shapes and types of plants) that you can pick up on the opening day, do write in to felly@kuinstudio.com

A women’s wear brand whose philosophy is to infuse art with fashion, KAE HANA has since churned out numerous exciting collections since the brand’s debut in 2012 at the now-defunct Parco Next NEXT fashion incubator project.

The designer herself counts culture and social happenings as main inspirations when it comes to the designing of prints for her collections. Her Spring / Summer 2012 “Raised by the Middles” collection combines floral prints and skulls on statement pieces; ranging from shirts to blouse, dresses, as well as leggings. Her second collection for Autumn / Winter 2012 entitled “Monoloco” consists of neoprene dresses, tops and skirts; all emblazoned with stunning watercolour prints by fine arts artist Lully Crooelly, who is also a LASALLE graduate.

Last year, she released a spectrum of beautifully hand draped dresses and tops with exuberant embroideries at the Audi Fashion Festival 2014 After Party: Fashion Spotlight at W Singapore, Sentosa Cove, and was part of the Digital Fashion Week 2014 Singapore Showroom Space in October and November 2014.

Now in the fourth year running, Kae Hana would be retailing some of the bestsellers from her collections at Workshop by McNally & co., and that include our favourite cropped shirts with all-over prints as well as her latest embroidered dresses!

Workshop by McNally & co. is located at 1 McNally Street, Singapore 187940

For information on location, check out Workshop by McNally & co.’s facebook page