Meet Fadli Rahman, a name synonymous with over-the-top fashion photography and dramatic aesthetics. Never shy with his usage of bold colours or effects, the young photographer is always consistent in the quality of his works, never failing to push limits and break boundaries with provoking wardrobes and visual styles– at least for the past seven years of his career.

For his newest project, however, the Singapore-based photographer (b.1991), whose works have been published in publications from the likes of Vogue Online to Vulture Magazine as well as Harper’s Bazaar Hong Kong, to name a few, decided to take it up a notch. He embarked on a daring move that consisted of him ditching his role as a photographer entirely, and instead, settling for the role of a model – venturing from the familiar to the unfamiliar.

Even that, he has managed to maintain his penchant for controversy by transforming himself into ‘Felicia Blaque’ – a feminine identity for a male body by exploring the subculture of drag queens.

The form of it, nonetheless, has resulted in an exposition of impactful black and white images whose depth speaks aplenty about the glamorous lifestyle and attitudes in the culture of the Malay Cinema in 1960s Singapore, captured through a modernised lens.

We speak to Fadli about his thoughts, challenges faced and the concepts that went behind his ‘Felicia Blaque’ character as well as how he has developed a multi-faceted approach towards the entire project, in anticipation of his showcase at the opening night of THE LASALLE SHOW 2015.

JY: Hi Fadli, tell us about your concept. Why did you choose Saloma as your muse for this project?

FR: The concept of my project is based on 1960s Malay cinematography, of which, were mostly directed by the late P. Ramlee, whom is also the husband to the late Saloma, a Singapore-Malaysian singer and film actress. As someone who grew up watching his movies, I felt that Saloma played a very big part in the arena of the 1960s Malay cinema. Her characters are often portrayed as someone who is sexy, classy and timeless. With that, I decided to translate them into the subculture of ‘drag’ – an abbreviation of a male who is “dressed as a girl,” and ultimately, into my character ‘Felicia Blaque’. Some of the iconic features of the ladies in the film include their perfect and precise cat eyeliner makeup, big bouffant hair, and a super small cinched waist.

JY: Who is Felicia Blaque?

FR: Felicia Blaque is a widow to her ex-husband, who is a photographer. She is sexy, fun and at times, a little over the top. She loves eating fried chicken and wouldn’t sleep without a glass of Merlot.

JY: What made you want to create this character?

FR: The name ‘Felicia Blaque’ has always been the name of my alter ego, in the case that I would do drag one day. So yes, that day came! And voila, the name has been used and abused ever since!

JY: Your approach can be seen as controversial and a taboo due to the gender-bending nature. What were some of the initial reactions of people and peers around you when you told them about your project?

FR: HAHAHAHA. It is indeed controversial! But then again, the subculture of drag, which comprises of men wearing wigs, heels and anything feminine, can be traced to the history of Shakespeare as well as the men in classical Chinese plays as they are the one who play the roles of women, since women weren’t allowed to appear on stage. When I  first told my friends that I was going to be doing this topic for my project, some of them laughed at the idea of me in women’s clothing, while some were actually pretty cool about it. My parents were surprisingly supportive of this idea and they can’t wait to see the final results. 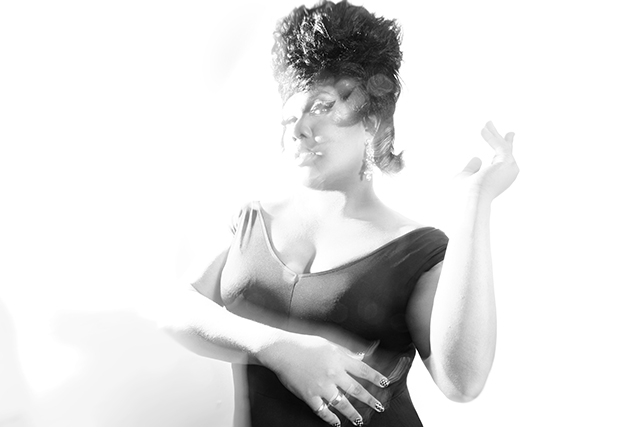 JY: Why do you think people are now more receptive to such ‘alternative’ genres as compared to people in the older times?

FR: I wouldn’t say that people are more receptive towards this gender bending roles that I’m portraying as compared to the past. To me, I feel that doing drag is about dressing up. And since dressing up is a creative platform for them to express themselves, one can also use it to perform and entertain the crowd. I guess the best way to find out about this joy is when you are actually backstage with the drag queens, where you would be able to witness the amount of effort they put into their transformations.

JY: Having experienced being both in front as well as behind of the camera, which do you think is more challenging?

FR: If you were to compare, I would have to say that being in front of the camera would be more challenging for me. I have been doing photography for at least seven years, so being behind of the camera actually comes off relatively easy for me. On the other hand, the process of getting ready and having to look good in order to portray Saloma as the subject of the photo, is one of the hardest thing anyone could have done! Trust me! Especially with that amount of makeup piled on my face, plus the donning of heavy wigs, as well as the cinching of waist, wrapping of my breasts with at least two to three bras, and thereafter, wearing a long gown and trying to balance on a pair of six-inch high heels. This is the reason why I have such huge respect for all the other queens who could pull it off effortlessly while they perform on stage. 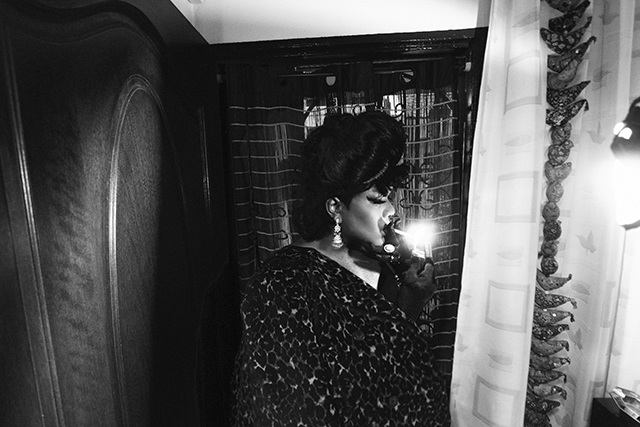 JY: What are some of the challenges faced when putting together this series of photographs?

FR: As I am a ‘big girl’, it was difficult to get female clothing in my size. At the end of the day, I even had to sew some of the pieces together in order to pull it off. Moreover with the hot and humid weather in Singapore, I was literally sweating buckets, which would nonetheless ruin my makeup. But of course, thank god for Photoshop where I would be able to cover up my perspiration and thus salvage the photos. I seriously cannot fathom how the other queens do it.

JY: What is the most unforgettable thing that have happened to you during the entire process?

FR: The whole process was unforgettable. I can remember every bits of details from the first day I’ve started doing this project, right from the very start till the end. It was basically blood, sweat and tears baby! 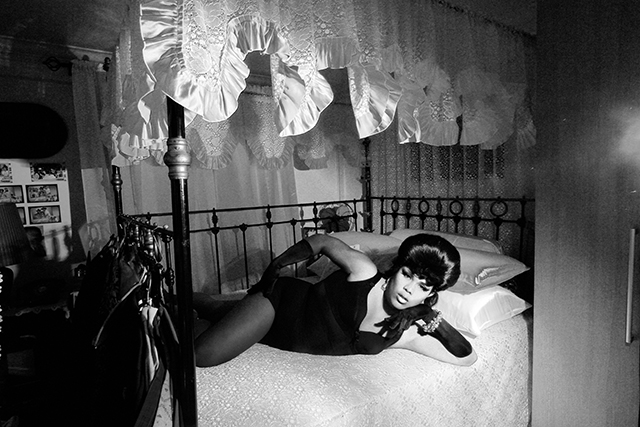 JY: If you could revive one element of the sixties fashion, what would it be?

FR: It would definitely be the big hair (pictured above)! Oh my gosh, where did those styles disappear to? You can hardly see anyone donning that big hair unless you’re in Newton area (in Singapore) and you see those aunties selling seafood in the food centre with pens stuck in their hair. That, I would say, is a classic one!

JY: If there could be one word to describe the aesthetics of your usual photography works, what would it be?

FR: My love for colours!

JY: What is your favourite trend of the moment?

FR: Anything printed, graphical or vibrant in colours! It is always fresh to see these elements on the runway instead of the usual white, black and greys.

JY: What is your least favourite?

FR: Sportswear that people think they can pull off as fashionable. Oh, and those annoying #normcore fashion.

JY: Where do you usually look at for inspiration?

FR: War, stereotypes and sexuality are some topics that inspire me at the moment. I also get inspired by the works of photographers such as Kristian Schuller, Rankin and Steven Meisel.

JY: What can we look forward to you next?

FR: I would definitely be producing more controversial and beautiful photography works. Do  watch out for them!

Thanks, Fadli, for the wonderful answers and the snippets from the ‘Felicia Blaque’ photo series!

About the LASALLE Show 2015

THE LASALLE SHOW 2015 is an annual graduation showcase of contemporary art and design, and a venue for visitors to discover the exceptional talents who are poised to command centre stage in the creative world. Over 800 works will be unveiled, showcasing the best and brightest in contemporary works from Design, Fine Arts, Film, Media Arts, Fashion, Dance, Music, Theatre, Asian Art Histories, Art Therapy, Artist Educator and Arts Management, THE LASALLE SHOW 2015 marks the grand finale of an artistic education in creativity and imagination which transforms these young talents to professional artists in the dynamic creative industries.