We have all been through 2012 and would know of the terrifying prophecy that the Mayan civilisation had for us – the impending apocalypse that inevitably spells the end of the world.

Thankfully for all of us on earth, that didn’t come true!

What came into fruition though, is a highly-exciting, upcoming collection from one of our favourite Thai fashion label LALALOVE LONDON, the brainchild of London-based designer and stylist Linda Charoenlab, whose distinctively-bold new Autumn Winter 2013 collection still ignites a certain possibility of the apocalypse happening, but in a totally vibrant, graphical manner as opposed to the dark, cynical mode that we always associate it with.

Titled ‘The Final Attack’, Linda’s interpretation future is nonetheless an uncertain and unpredictable fortress that one should ever set foot in and with it being a highly interesting subject to draw hypothesis or if you will, as the title goes, she reckons it is duly appropriate to approach it with a bang. Her analogy, as we think, is to be bolder than ever in your dressing to brace this forthcoming.

That, of course, is clearly not as issue with these realistically printed cropped tops, dresses with dramatic castaway flare that is cut on bias, tailored lapel blazers as well as streamlined head-turning leggings with a daring and graphical incarnation of the future in digital prints that have always been the signature trait of her brand.

And we just love the fact that she has drawn inspirations from the many movies that encircle around this notion, made by moviemakers who just want to showcase their fair share of interpretation. From the emergence of Godzilla dinosaurs in the heart of a metropolitan city, to a very intimidating King Kong who just have to fall in love with a damsel in distress (or in this case, it is the Statue of Liberty we are talking about), as well as a mirage of scarab beetles and an evil looking panda with red beaming eyes (creepy, but cool nonetheless).

Though not portrayed in actual, Linda also brought forth a certain vibe in the collection, that just might be the incarnation of a butt-kicking, orange-haired Milla Jovovich in futuristic flick The Fifth Element, as well as the mighty, morphing Transformers. 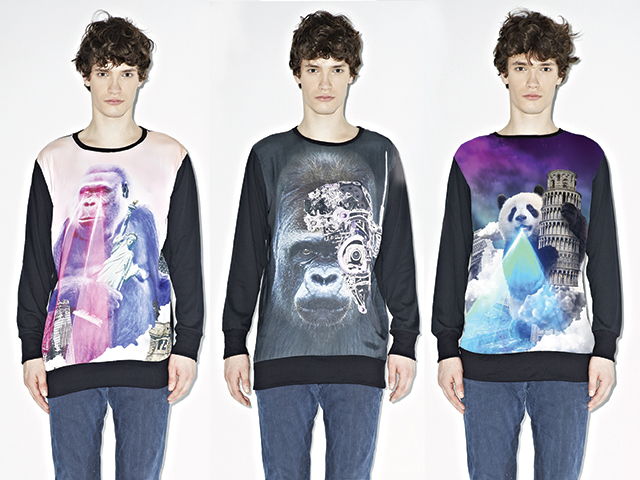 The burst of explosive effect in prints paired with a unified synergy in storytelling of the future in the collection can be summed up as sleek, sophisticated, as well as partly witty in a well-controlled way. Seriously the garb that anyone, both men and ladies, should wear for a trendsetting, statement look.

So take it from us because we can already foresee this collection becoming the talk of town, in a very, very good way.

Plus need we say, if the world were to end today, this is definitely the kind of look you would want to be in. Period.

LALALOVE LONDON is now open at The Emporium Bangkok and is available at Topshop London Oxford Street. Visit LALALOVE LONDON’s facebook page for more information as well as the latest updates on this new collection!