A woman in black sequin heels languishes luxuriously across the bed. Her hair is coiled tightly into thick curlers, her eyebrows are sharply pencilled, and her mascara is heavy, near impossible. She flexes on the bed with a indulgent sigh, draws out a bright pink lipstick and smears it across her lips. Then, spreading her arms towards the ceiling, she chirps out, “Good morning, sunshine.”

This is the suburban home of twin sisters Ruth and May Bell, who have a penchant for crystals, parties and … postman?

Watch the film “Crystals and the postman are a girl’s best friend” by Ellen von Unwerth and you would be swept away by its flamboyant art direction. Down to the very last potted plant, it is a film that doesn’t scrimp on details.

Bright Technicolour style — so reminiscent of 1950s post-war America — plumes the plot: two ordinary twin sisters finds themselves bored one day and picks the next person — that so happened to be a postman — to tease.

Signs of the sisters’ idiosyncratic lifestyle lingers in the set design, all of which had been carefully crafted and assembled. Of course, the acting is superb beneath all that subtlety — a twist of the hips, a raise of the eyebrows and a pout.

Simply put, the clipped lawns, and white picket fans might pay homage to the American Tupperware party theme, but underlying that, is Ellen von Unwerth’s dogged devotion to femininity and fun. Perhaps the giant flowers and pretty girls might be distracting, but ultimately, it’s okay to be just a girl.

Swarovski crystal neon matt pearls, oversized crystal triangles and squares are hand crocheted within fabrics, while sparkling rosettes adorn dresses, house coats and shoes. The film is part of the Swarovski Collective for Spring / Summer 2014, an initiative that aims to support emerging designers in exploring the creative boundaries of crystal craftsmanship. Crystal embellished looks is a running feature throughout the set design, snagged from the “Sophisticated Boom Boom collection”, a throwback to the old.

The crystals might be beautiful, but at the end of the day, however, it is also Ellen von Unwerth’s masterful technique and clever storytelling that seals the deal. 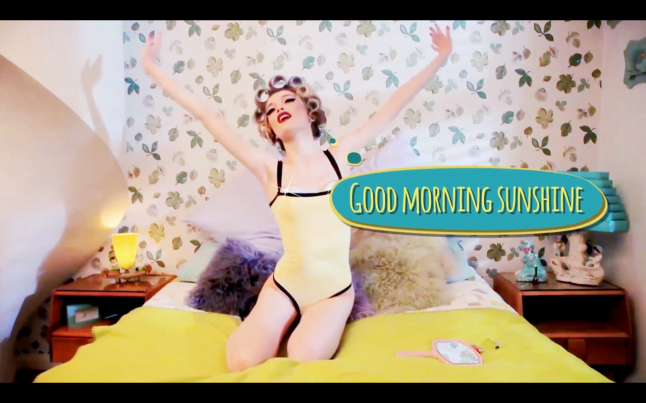 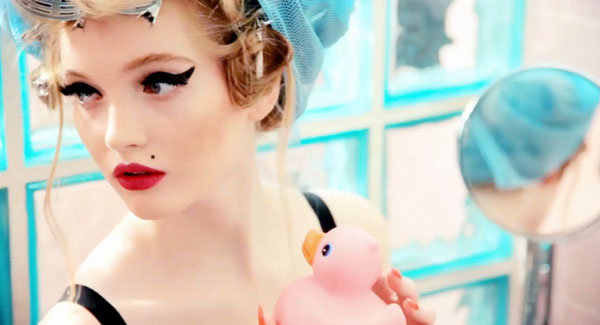 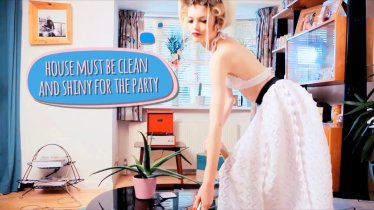 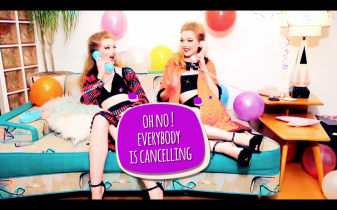 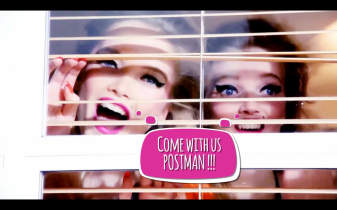 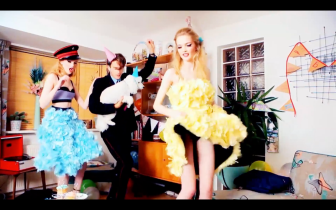 "I’m an artist and writer who likes literature, prints, patterns and weird ideas. Some of these things have no relation to one another, but if you do think about it, they actually do."