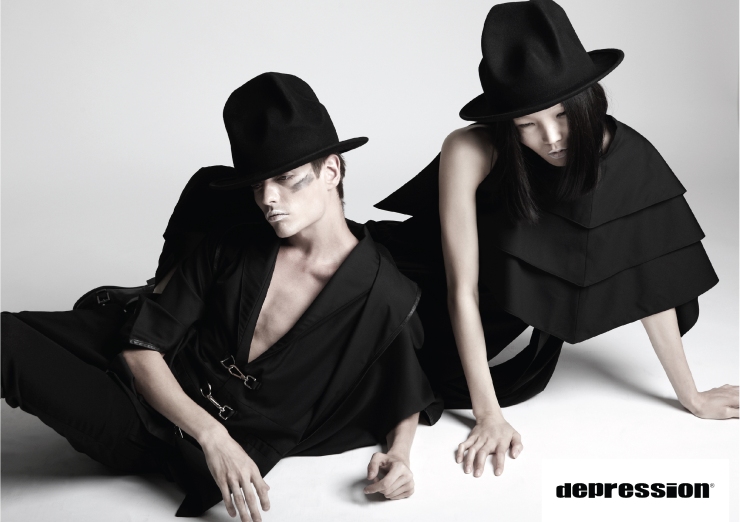 To some, black may be considered as a type of colour, of ebony and coal. And to others, black is defined as an absence of light.

But to designers Kenny Lim and Andrew Loh of Singapore fashion label DEPRESSION, black is a hue that provides one with an obscuring and almost dangerous vibe, especially when transcending the dark side of the human nature. And this is evidential in their new Autumn/Winter 2014 collection, entitled “Dark Nature“.

“In our world, people are either born with a dark side or bred to live with a dark past.” – Kenny Lim & Andrew Loh, designers of Depression.

Using solely black for the entire collection, the talented duo gives light to the existential meaning of being all dark and villainous, by tapping on traits commonly seen in famed antagonists, such as Maleficient, Lady Deathstrike (of the X-men series) and Catwoman, to name a few. Constantly draped in pristine black getups, there is always something about them that is uncaring and almost brutal in their approach, yet they always managed to appear sleek, refined and seemingly confident at the same time. 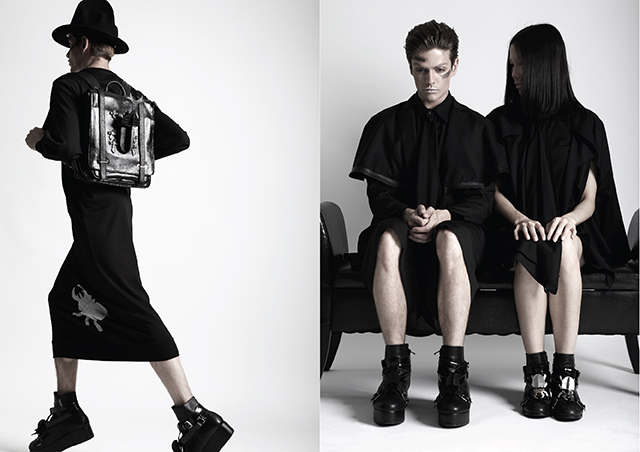 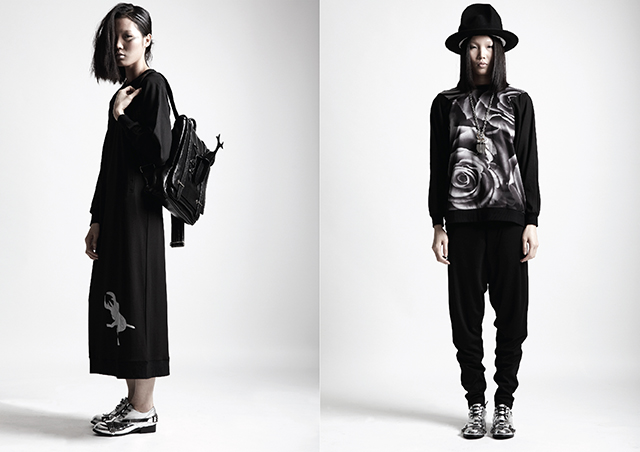 And just like these named individuals, the clothes in this collection embody those elements, personified through a spectrum of bellowing cape-like drapes, tailored leather trims, a variation of sharp collars, slouchy pants and pleats, asymmetrical cuts and the inevitable seizure of the human’s psychological sub-conscious with pale, greyed flowers – all done in a rather androgynous approach for both male and female wearers.

Not only that, the collection is also filled with a manifestation of large beetles with fierce pinchers, horns and claws that exist as prints, 3D embossing effect on a backpack and as large shoulder pieces.

Almost killer-like and enigmatic, these clothes are indeed the perfect garbs for anyone who’d like to accentuate a certain edginess in their dressing. So clasp on your dark attire and complete them with statement-making lace up platform brogues that the brand is known for. 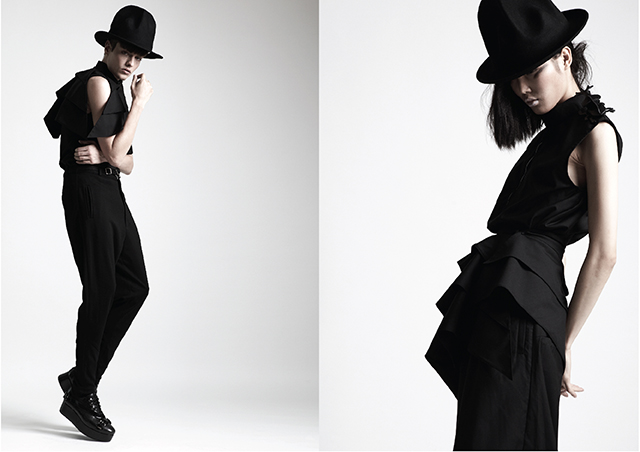 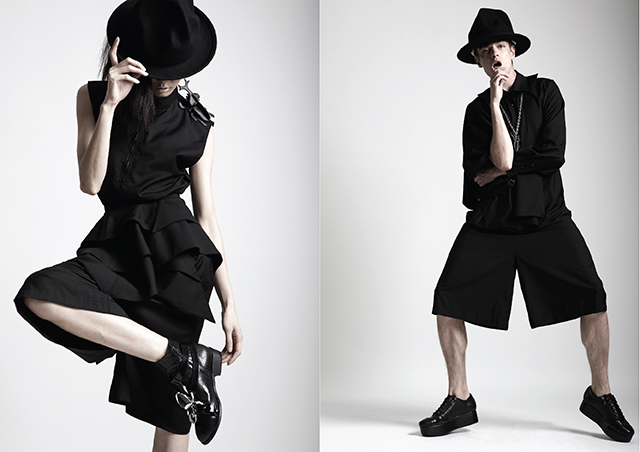 Depression is a label created by Andrew Loh and Kenny Lim. It boasts a number of great stockists, like famous WUT Berlin and solestruck.com, where according to its buyer Henry Bae, Depression’s most daring shoes are sold with great success. Apart from that, the designers already have their own store, where Taboo from the Black Eyed Peas comes to shop when he is in Singapore. Andrew Loh and Kenny Lim also created the happy diffusion line ANTIDEPRESSANT, a trendy and younger line of graphic t-shirts and basics that are inspired by anything from rock stars to geek cultures, as well as a newly minted streetwear brand dubbed NOT COOL ENOUGH.”

DEPRESSION’s Autumn/Winter 2014 collection is available at DEPRESSION shop at Orchard Cineleisure, as well as in multi-label SECTS SHOP at Orchard Gateway.