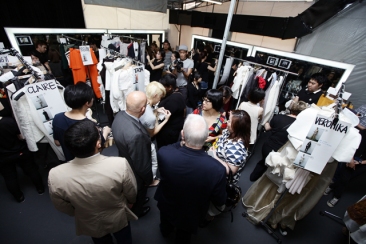 Judging discussion at the backstage

If you aren’t familiar with the Star Creation Competition, well, you should be!

Created in 2010 by Textile & Fashion Federation (Singapore) as part of the Asia Fashion Exchange (AFX), the country’s top fashion design competition is crafted to uncover and hone the creativity of young Asian talents, grooming them into tomorrow’s top fashion designers.

For three years straight since its debut, the competition which is judged by key figures in the fashion industry, as well as special guest judges such as President of the Italian Chamber of Fashion Mario Boselli last year,  has since awarded and launched the fashion design careers of their most talented winners and participants.

With some securing themselves positions in the design department of established brands, such as Raoul in FJ Benjamin amongst many and some who took on big steps by launching their own eponymous labels with their innovative designs, the future is certainly bright for this generation’s designers.

“In the last four years, Audi Star Creation has really grown its reach. Beyond the cash prize, many young designers regard it as a stepping stone to launching viable fashion design careers in the region, especially given the opportunity they have to work in Singapore and with a leading retailer like FJ Benjamin,”

And for this year’s competition which is themed “InspirAsian”, the entries are in and the competition is tough.

With over a record-number of 355 entries submitted from 16 countries in all-over Asia, with most coming from Singapore, Malaysia and Indonesia, as well as first-time participating countries such as Cambodia, Iraq and Mongolia, the competition is really getting much more serious and fierce to some extent.

While I am deeply excited and anticipating for this, I am certainly looking forward to see how designers from these countries would interpret the given theme, and translate the Asian palette of colour, culture, fabrics, aesthetic and style in accordance to their own style and originality in design.

Afterall, the possibility in design itself is always a mighty and infinite game, and this competition clearly proves it.

Just glances at last year’s winners’ works literally justify that on many levels, especially Star Creation 2012 Thai winner Soravit Kaewkamon, who is one of my favourites with her splendidly-conceived menswear collection entitled ‘Love Friendship’. 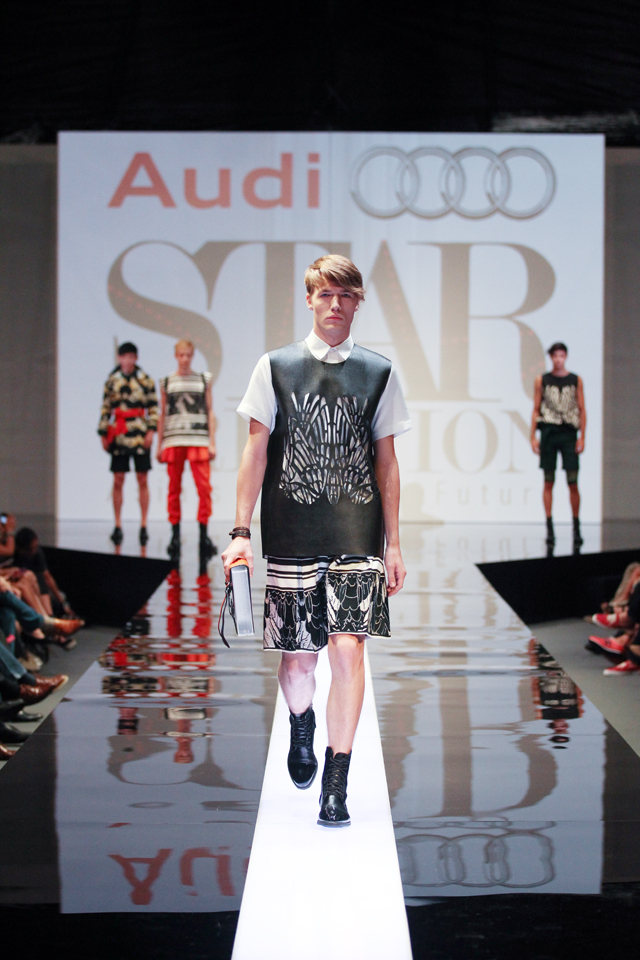 Another impressive designer who has caught my attention at last year’s Star Creation was China’s Roderic Wong.

Rather than using fabrics which are already in existence, Roderic goes to the extra mile by creating and making his own fabrics for his rather airy and pure collection of clothes entitled, “Tissue of Being”, which revolves around the colour white, its beauty and its simplicity.

He also experimented with levels of sheerness in fabrics whilst not deterring the structure of the dress.

And for that, it certainly gives his collection an edge over the rest, resonating with the fact at what makes him a great designer who is worthy of his win.

‘Tissue of Being’ by RODERIC WONG – Winner 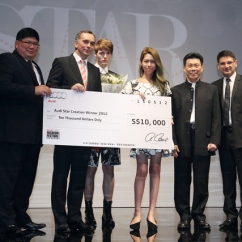 The rest of the top 12, who came from various countries, also showed the best of their capability and imagination, showing a vast variety of genres, from military wear to tribal and even to the visually-intriguing Japanese Harajuku style.

Likewise, the competition this year will also see displays of creativity and flair of the designer’s own persona.

But the question is: Out of the 355 entries submitted, who will make it to the top 12 and who will have a chance to have their own massive runway showdown at the Audi Fashion Festival tent, where they make their designs known to locally-esteemed and international judges, and pique everyone’s attention to clinch the winning trophy in this year’s competition?

Well, may be the best designers make the list, and we look forward to seeing you in Top 12!

For more information on the Star Creation 2013, visit http://starcreation.sg/ and follow either @StarCreationSG or @CoutureTroopers on twitter for the latest updates.