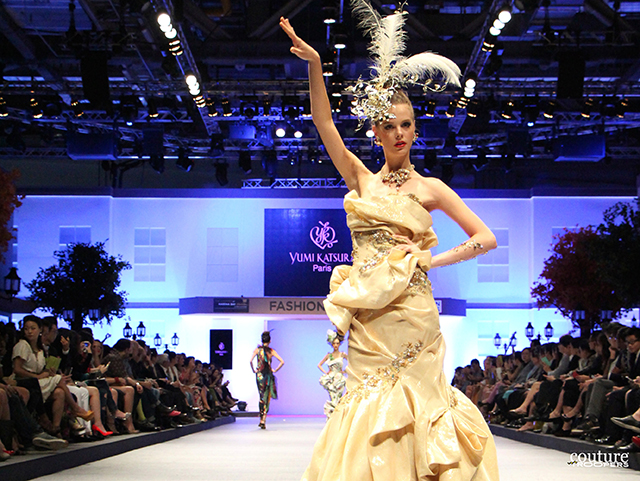 The model sweeps in, a vision of ruffles and frock. At the ready the audience sit with their cameras, eyeing her movements with hawk-like scrutiny. The air is tense, but electrifying. Bird-like, she throws her arms open. The garment spills out from beneath her: ruffles blowing out into a gown, cloth encasing her body like a crown. It is a descent fit for a queen — or in this case, the veritable drama that ensues.

Once in a while you come across runway shows that transpire the realm of fashion into stunning feats of art. This year Fide Fashion Week glitters with different brands of magic — the majestic, the fearless, the fierce — but Yumi Katsura, the Japanese couturier famous for her wedding gowns, stands in a league of her own. Her garments are spellbinding and theatrical, but most outstanding was also her flair for the poignant. 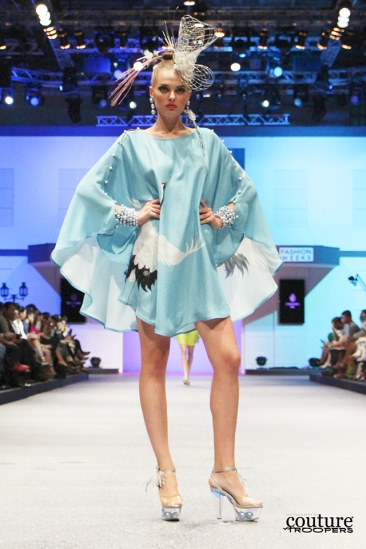 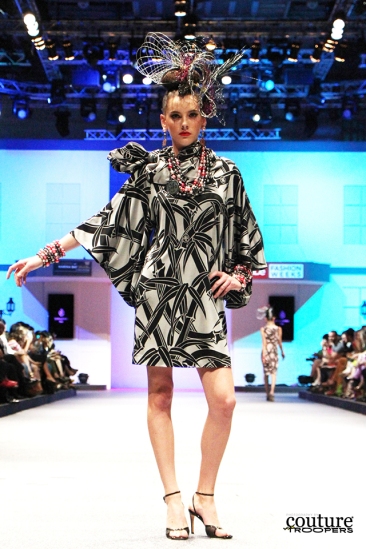 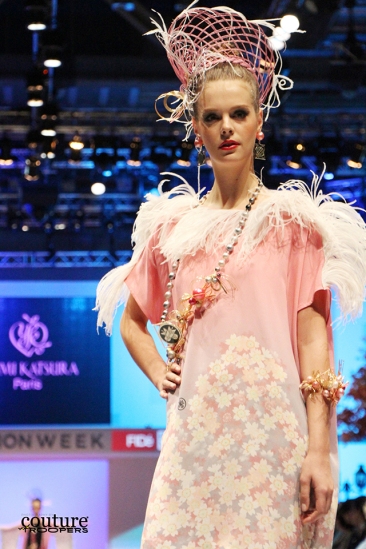 Accompanied by lively music, the show commenced in the lightest of notes — the introduction of summery gowns brought to life by stoic-faced models trooping down the runway. Crane motifs embellish cocktail dresses rich with French influences (Ms Katsura herself is residing in Paris now), though never straying too far from being decidedly Japanese. It is an appetiser of what is to come, but also a nod to the designer’s own stream of consciousness: beneath the theatrics, Yumi Katsura is not without a measure of simplicity. 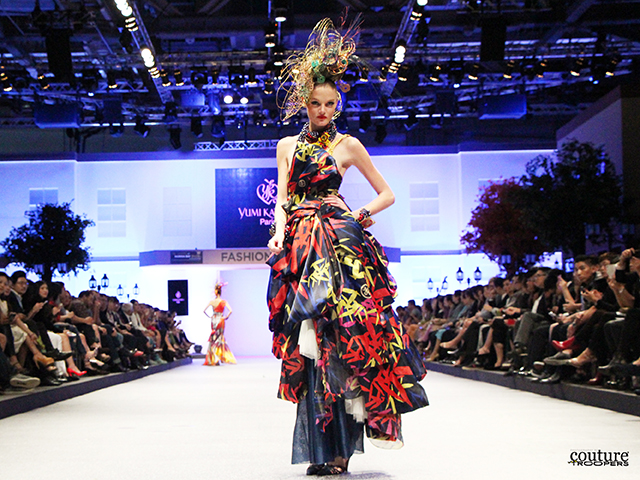 As the show progresses, we are whisked away into the designer’s world: thick with fairytale elements, rich in storytelling. The progression from everyday wear into couture is smooth, the delivery timeless. Classic fairytale elements find voice in elaborate maxi gowns, thick ruffles, and extravagant head gears. The snow queen, the empress, the vixen fall into line like a masquerade party, each more provocative than the next.

To be sure, the lady herself, while earnest, is not a sense of humour. As the show draws to a close, there is one last surprise for the audience: the finale gown — a cape — lighting up with the Singapore mascot, the Merlion. Next to it, the Marina Bay Sands logo.

As a finale number the national anthem begins to play. Marching to the beat of Majulah Singapura, the train of models glide out, each waving a Singapore flag. It is the smiles on their faces that break the crowd’s astonishment, and they rise to their feet, clapping with glee.

Then Ms Katsura finally appears. Amidst fierce applause, the show comes to a dramatic end.  It is a queen saluting the court, perhaps, but she cuts an unconventional figure: complete with scarf, drape top and red lipstick. In her hands she gleefully waves twin Singapore, but the smile on her face is contained. She goes from seat to seat shaking the audience’s hands. The crowd goes wild. 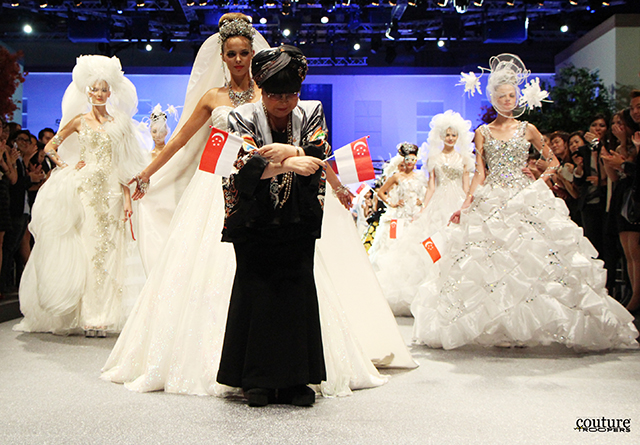 35 designs were displayed this year at Yumi Katsura’s runway show. The delivery might have been stunning but the premise is clear: in every designer is an obsessive devotion to details. But, this time, calling the shots behind this visual spectacle is one remarkably humble individual.

"I’m an artist and writer who likes literature, prints, patterns and weird ideas. Some of these things have no relation to one another, but if you do think about it, they actually do."