When it comes to Audi Fashion Festival, there is certainly no lack of fashion adrenaline or passion for that matter.

For the upcoming month of May 2014, you can expect a slew of designers coming together to put on a series of high-octane fashion shows in a 5-day-long schedule, with international names to local alike, as well as established and new designers alike. The idea is to “provide a platform for emerging designers to present alongside the best in the international arena”.

Themed “The Art of Progress”, the fashion festival which is in it’s sixth run, will be tracing many exciting first-times in the festival’s history and interesting highlights, and here’s what they are:

1. Audi Fashion Festival will be opening for the first time, with a Singapore-born, acclaimed red carpet designer, Prabal Gurung on 14 May 2014. 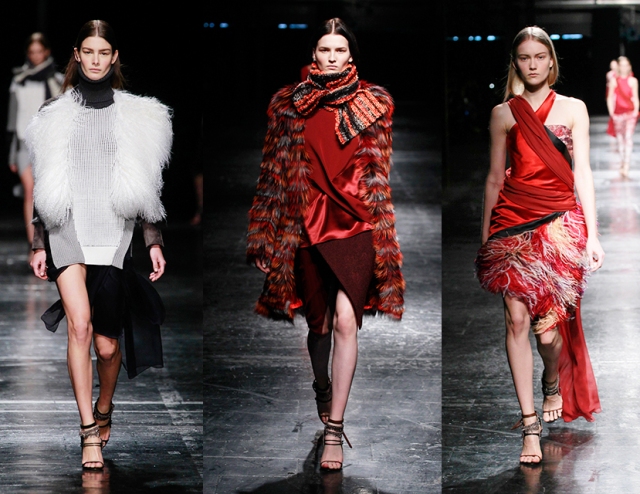 Born in Singapore and raised in Nepal, Prabal has dressed countless of stars since the start of his eponymous label in February 2009, at the FLAG Art Foundation, a contemporary art space in Chelsea, from Oprah Winfrey to First Lady Michelle Obama to The Duchess of Cambridge to Jennifer Lawrence and Scarlett Johansson, to name a few.

He will be presenting his Fall 2014 collection at the runway of Audi Fashion Festival 2014, showcasing his the quality and innovation that he is known for. This showcase will also mark Gurung’s first return to Singapore.

A name that needs no introduction, Oscar de la Renta, who is the main highlight of the festival, represents the epitome of timeless chic, elegant and extravagant fashion design. He creates and offers clothes to women that they will wear and make them feel beautiful.

A couturier since the 60s, the legendary designer has earned numerous accolades including the Coty American Fashion Critics’ Award twice and the CFDA Lifetime Achievement Award, amongst many. He will be closing the Audi Fashion Festival 2014 in a grand affair, with a showcase that includes his Fall 2014 collection – one that “delivered on all counts” (Emily Holt, Vogue.com) and provided “a slightly masculine air (in the collection) that felt new” (Nicole Phelps, Style.com).

3. London-based, Singaporean designer Ashley Isham will be presenting a capsule of his menswear collection for the very first time.

One of the most regular homegrown designer to showcase at Audi Fashion Festival, Ashley Isham will be taking the glam into menswear (above right), presenting the pieces from the capsule collection alongside his Autumn/Winter 2014 womenswear collection. His show will be walked by International Asian Male Supermodel Godfrey Gao.

4. It is the first time that LASALLE and L’Officiel Singapore magazine will be partnering to hold the LASALLE Degree Fashion Show 2014 at Audi Fashion Festival 2014 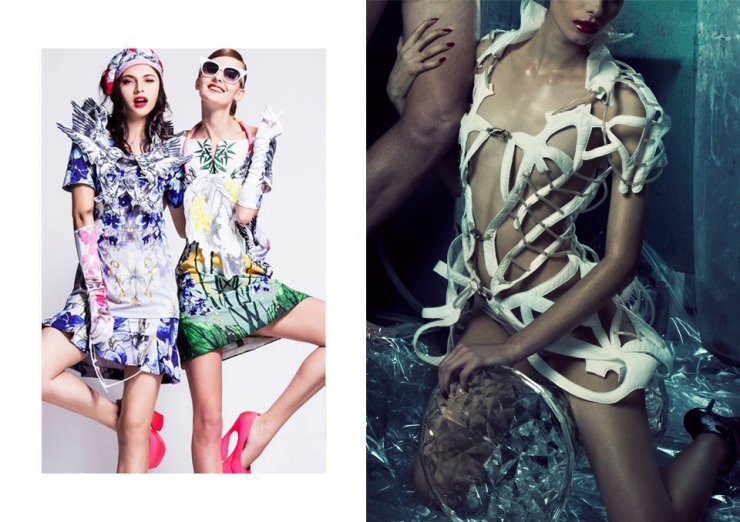 Returning back to the Audi Fashion Festival stage since 2011, Singapore’s very own arts college LASALLE will be collaborating with L’Officiel Singapore magazine to hold it’s annual Degree Fashion Show on 18 May 2014, at 1.30pm.

The show will be showcasing the works of the top 20 graduating BA (Hons) Fashion Design and Textiles students from the degree specialisms in Womenswear, Menswear, Creative Pattern Cutting and Fashion Textiles. Some of the presenting designers include Josiah Chua, Yang Fei (above left) and Nelly Liu (above right).

Other exciting lineups to look forward to:

Last but not least, the Audi Fashion Festival 2014 will also feature a star-studded guest list, with confirmed attendance from Hollywood celebrity, Kate Bosworth, supermodel Godfrey Gao, influential social media style icon Aimee Song and Chief Executive Officer of the Council of Fashion Designer of America (CFDA), Steven Kolb, who will all be gracing the festival.

For more updates and ticketing details on the Audi Fashion Festival 2014, visit http://audifashionfestival.com/ and https://www.facebook.com/AudiFashionFestivalSingapore