The Female Gaze: Fashioning the Identity of Lili Elbe in Biopic ‘The Danish Girl’ 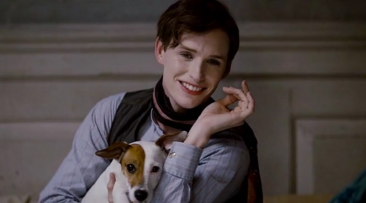 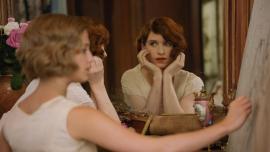 Before watching Oscar-winning British actor Eddie Redmayne in his role(s) as Einar Wegener/Lili Elbe in ‘The Danish Girl’, I’d admit that I was slightly skeptical as to how the entire transformation of man to woman would actually play out, much less affect the relationship between him and his wife.

You can’t blame me for that, really. We have all been so attuned and used to the concept of the ‘Male Gaze’ in Laura Mulvey‘s famous essay ‘Visual Pleasure and Narrative Cinema’ in 1975– one which entitles the male species the right to look at (and objectify) women through a masculine point of view – and definitely one that cements the difference between the power of both genders; the male being more dominant while the female being submissive to the male.

However, what the ‘The Danish Girl’ does is the complete opposite; it is the Female Gaze at play, and that in itself is just confounding. (Note: Gerda actually teased a male sitter Fonnesbech into being objectified by the Female Gaze)

The beginning of Tom Hooper‘s pseudo-biographical drama film sees married couple Einar and Gerda Wegener (played by Golden Globe contender Alicia Vikander), both of whom are artists, in their Copenhagen home during the Art Noveau period in the 1920s.

Einar, in his masculine form (think tailored suits and hats), was famous for his landscape paintings while Gerda was known for her portrait paintings. The love shared between them was obvious and endearing, and everything seems to be going well for them, just like how smooth marriages should be.

Things only started to take a turn when Gerda’s model Ulla could not make it for a sitting, and Einar had to be her stand-in model. As he dons on the feminine apparels, especially the sheer, cream-coloured stockings and Gerda’s night gown – as constructed by the movie’s costume designer Paco Delgado – we see his confounding reactions; from Einar’s initial shock when he realised that he actually liked them on his skin, to a full submission to Lili, his inner female persona.

Despite him feeling that Lili was the real him (or her), we do see moments of self-consciousness and discomfort.

When Einar was asked to accompany Gerda to the artists’ ball as Lili Elle, Einar’s “cousin”, she was constantly concerned as to how people would view her, asking Gerda if she was “pretty enough”, making statements such as “people are looking”, and feeling conscious about her body gestures by mimicking the hand movements of the women sitting across the room. She was shy and socially awkward as well.

Dressed in a sweeping dark-coloured dress that portrayed the ideal beauty of 1920s – a flat-chested woman with almost no hips – it was clear Einar was having an inner struggle as he felt that “Lili” is constantly judging Einar for hanging on to his masculine identity. “Lili” was fighting for supremacy of the body, and forcing him to slowly eliminate the existence of Einar so as not to face isolation and alienation from his (her) supposed female counterparts.

When Einar and Gerda subsequently went to Paris, we see Einar as he donned on more warm coloured female clothing for Gerda’s art openings as well as for her sittings (above). It was a bold and daring move that signified that he has fully embraced his feminine side and has adopted clear female attitudes. He was also seen as a much happier person when he transforms himself into Lili, a “thoughtless, flighty, very superficially-minded woman” who no longer wants to paint as it reminds her of her former self (as Einar).

There is truly no doubt that Lili’s rejection of Einar is a clear sign of Lili’s triumph, and that Gerda’s hope of getting her husband back is indeed gone.

This ultimately led to Einar’s decision to undergo the first-ever male to female sex reassignment surgery; a decision that turned into a massive change for their marriage, and one that shortened the lifespan of Einar/Lili when complications arose.

Based on ‘The Danish Girl’ alone, there is simply no doubt that gender identity in itself is socially constructed on the clothes that one wear, as seen in the transformation of Einar Wegener to Lili Elbe, and that the Female Gaze, in its existence before the Male Gaze ever surfaced, is a plausible concept that resonates more with one’s desire to view the world in a female perspective and to allow her female audience to relate to her.

The Danish Girl opens in cinemas on January 7, 2016 (Singapore).