The Faces of TOD’s Band Singapore

6 strong personalities, 1 band. TOD’s Band Singapore celebrates individuals who are inspired by life and create their own rules.

TOD’s has just released a series of black-and white portraits which captures the unique style of notable Singapore personalities such as MTV host Hanli Hoefer, Yoyo Cao, owner and designer at Exhibit, celebrity IT girl Kim Lim, as well as actor Lawrence Wong, to name a few. 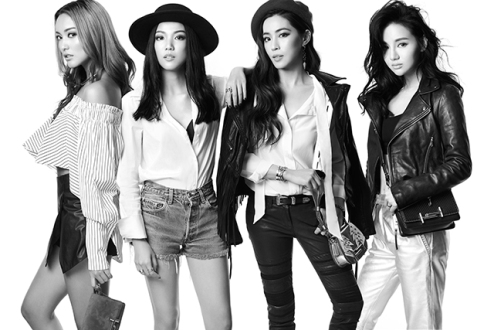 Lensed by photographer Joel Low, the photos focus on the brand’s ethos – accent on quality, unique views for a different approach, but always synchronises with the Italian style – and they are currently being showcased in an five-day exhibition at TOD’s Paragon boutique, Singapore.

see my photo in TODS Paragon Singapore from now till sunday. take a photo and tag me! 😉 #todsband | #todssg | #todsleo

Each photo is shot with an item from TOD’s Spring/Summer 2016 including the covetable TOD’s Double T Bag and Wave Bag for women.